Since I started the blog because of one special statement, that brought my eyes rolling, I think it’s fair to make one concrete post about it. The statement was: “The mountain dwarf is the best race for a wizard”. The main-reason is the fact, that mountain dwarfs gets proficiency with light and medium armor and dwarfs generally are good with +2 CON and the Dwarven Resilience (Advantages on Poison saves, Resistance to poison damage).

My first thought: How retarded. My second thought: Who would actually think that. Then I saw the ones, who actually took it seriously and I started to think about it. So now we get to look into, which race makes the best wizards!

First of all: We go with the standard ability scores with 15, 14, 13, 12, 10, 8 since it’s hard to cover up all possibilities of rolled ability scores or those bought by point-buy. Even though I don’t really address this, this is the fundamental idea to which I’ll draw conclusions.

Then we go for a more classy type of wizard, who mainly uses his spells and tries to stay alive. No multiclassing, no consideration for feats outside this build, etc.

Dwarf: Dwarves aren’t the archetypical choice for arcane magic, if you look into the literature. But if we use the game-mechanics they do have some benefits, one of the many reasons why dwarf wizards were a common choice in 3e. But let’s look into the dwarves in 5e:

The dwarf makes a tough wizard, especially the Mountain Dwarf, since higher AC means less hits. It trumps Mage Armor and as long you’re not neglecting DEX your AC is among the highest of the wizards. You’re one feat away from heavy armor and won’t get a speed penalty even with STR 10 (even though the optional encumbrance rule might still kick in).

But the conclusion is: The dwarf don’t make someone a better wizard, but is able to soften its weak spots, like the toughness of tofu, the ability to be always hit without magical defensive mechanism and to cover up . It needs 3 ability improvements to hit max INT (or 2 improvements and a viable feat) and even though it’s not that much, the difference when you hit the max might be a consideration worth.

Elf: Elves are often the iconic wizards in D&D and normally you should think, that the Elven wizard should be able to hold itself quite good. But since Elves weren’t a popular choice in 3e or 4e (where Eladrin, a more fairy kind of the high elf, got the magical background):

The Elf won’t address the wizards weaknesses greatly, but adds to his strengths and goals. A bit of better initiative here, a bit of good Perception there, less chances to be put to sleep or be charmed, less hours to be fully rested, those little niches are pretty stable.

If we go for an archetypical High Elf, we get some solid traits like better INT (means INT 20 at 8th level), more quickly higher chances of successes for spells, and an additional cantrip of choice. The other subraces aren’t really behind, Drow Magic might even make a better wizard due more spells, but since the spells are partly situational, it’s not as dependable.

Halfling: Halflings were never meant to be great wizards, but since they’re all roguish and stuff, but suffered in some points here and there in different editions to be a more effective rogues than other races. Like carrying capacity, since to be a Rogue you should better know how to carry your loot!!! 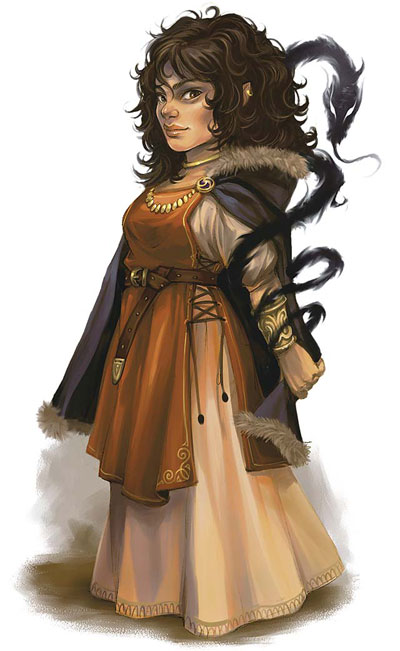 Even though it’s nice to have some of these abilities, you won’t play a halfling wizard because of those, since it’s simply less power than other races could give you. But it might be good to play a haflfing for fluff reasons, but not for its prowess.

Of course as an Arcane Trickster, you can still uses those niche-traits for wizards, while being an actual Rogue, which can use more of some traits.

Humans: Humans are the most archetypical wizards, since studying obscure arts for more power and personal ambitions is pretty human. Since humans are meant to be versatile, they should be able to get at least decent at any class, so let’s see if it’s true for the wizard:

While the common human won’t make bad wizards (or anything else in that regard), the variant will make great wizards, reasons: Take +1 on INT, +1 on DEX/CON, proficiency on something you’d either suck or where good becomes great and finally one of the many feats that will either grant you another ability score +bonus (like Resilient for DEX, you get +1 on one ability score and proficiency on the chosen ability’s save; or maybe Lightly Armored for +1 STR/DEX  and light armor proficiency to at least go a bit in the armored wizard direction) or go to one of the magic enhancement feats, like Elemental Adept or Spell Sniper.

The human variant is more powerful in terms of customizing, since it grants the benefit of one feat, which means that you can actually weight in in about any class and the wizard is no exception. The normal human isn’t too bad either, but won’t bring any other benefits but the ability scores, which would come in handy, if you’re rolling or point buying your abilities.

Dragonborn: Dragonborn were never meant to be wizards, never got anything which would help a wizard career and it’s probable, that it stayed that way. 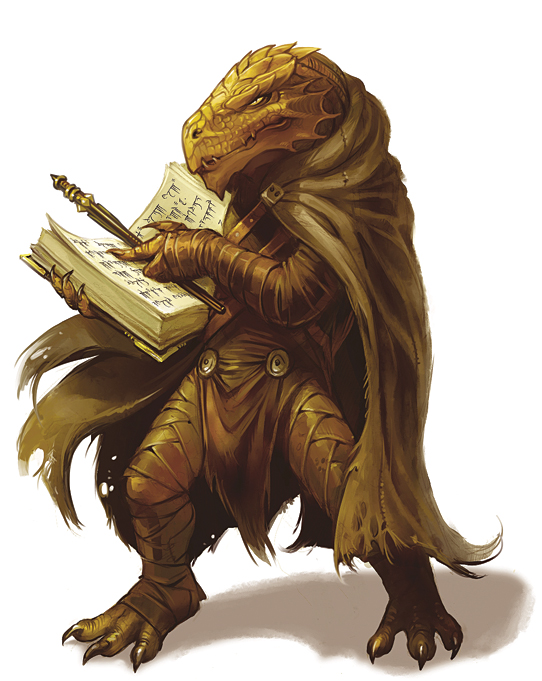 Dragonborns were simply never meant to be wizards. You won’t neither get more wizardly power nor defusing your weaknesses with a Dragonborn.

Gnome: Where Dragonborns were never good wizards, gnomes were always somehow promoted as skilled Illusionists. Means that we should expect some real synergy with the wizard class.

As expected, gnomes make great wizards. Not only the +2 INT, since that advantage is only a head-start and won’t last that long, if other races uses their ability score increase for Intelligence and +1 INT is almost as good in the long run, but you get one of the most common secondary attributes for wizards (‘don’t hit me’ and ‘I can take it’) is pretty decent, too. Gnome Cunning will be a great way to getting out of those spells, which will hinder your ability to cast spells (especially since the wizard has a lot of counter for them), even though you’ll have to fear CON-saves and all the effects bounded to them, like petrification.

Both subraces are good choices in their own way, even though I’d go with the forest gnome out of personal preferences.

Half-Elf: Half-Elves startet as a slightly more elven human, versatile in its own way, especially with multiclassing options, even though they couldn’t choose all classes before 3e. In 3,5e they got a bunch of more social traits and in 4e they were a whole race in its own, now in 5e they hold the trend:

The actual problem here is the fact, that you can get almost everything wizard-related as an actual elf plus more. The elf simply outshines the half-elf as a wizard in terms of traits.

Half-Orc: Another Race which shouldn’t make great wizards in theory, but while the Dragonborn responded to those prejudices, the Dwarf didn’t. Maybe the Half-Orc is a surprisingly good wizard as well?

Under the line, Half-Orcs are only slightly better than Dragonborns, even the Relentless Endurance can’t save it.

Tiefling: Tieflings were always an unusual wizard choice fluff-wise, but a stable one rule-wise, since in most incarnations they get an Intelligence bonus and have some traits, which were useful enough for a wizard career. But fluff-wise they were always more rogues or later warlocks, dipping into the dark arts. 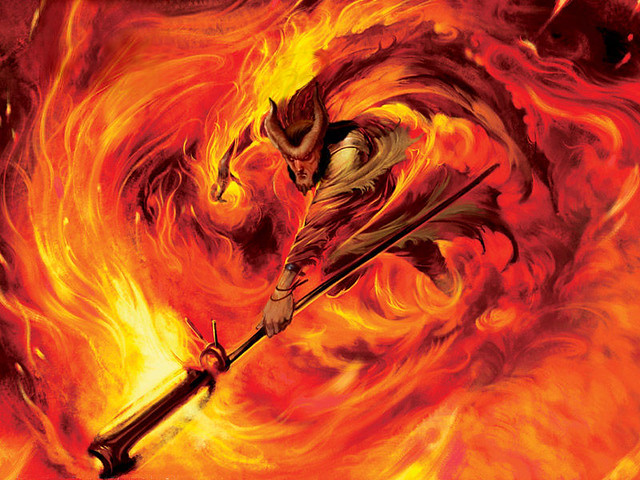 Tieflings are again a stable, but far from a best choice. They’re simply not as good as other races in terms of pure wizardly power, but can hold themselves with a bit of additional magic. In 4e I played a tiefling wizard and I wouldn’t mind to play one again in 5e.

But now back to the question, which one is the best? First of all: Anything is relative, many things comes from the party build (like if there are enough melees to ensure a back-row), the DM style (how often he attacks the wizard and especially before (s)he cast a spell; intelligent humanoids might think that he’s a merchant, politician or other stuff which wouldn’t wear armor, as long he doesn’t look the part) or the amount of dungeon dwelling in the campaign. So I narrowed it down to how I handle games as a DM and for a more typical choice and the fundamental question, which makes the best wizard, not the best optimized character, which happens to be a wizard. And of course my personal preferences.

1st would be the Gnome, either subrace. When playing a wizard nothing annoys me more than not being able to cast spells and under the line more INT, another practical cantrip(ish trait) and a bonus to one of the physical secondary abilities are just a big boost. 2nd would be High Elves, since they get a lot of bonuses like a gnome, strengthening the wizard’s sweet spots. 3rd would be the human variant, which can be individualizes the best.

Now some might think: Why could you ignore the (Mountain) Dwarf, even though you promoted his prowess? Because it’s just like I said: A strong character which happens to be a wizard. Survivability is great, but every character can make use of it. Wearing medium armor from the start and getting access to heavy at 4th level is sweet, too, not spending a spell slot for Mage Armor, but as long you’re smart enough to minimize enemies attacks and your DM is not targeting you especially, you should be able to survive most things and those which will kill you, won’t stop at AC. And Bracers of Defense are still out there. So the 1-2 points of additional AC might come not as handy as some additional wizard prowess, like getting your Spell DC fast as high as possible.

I won’t stop anyone to play dwarven wizards, because in some campaigns and settings the toughness will pay off. But D&D 5e isn’t such a shallow system as 3e and 4e made us believe they are. Even those systems weren’t shallow, but they invited a lot of players into power gaming, spending hours to figure out how to squeeze the tiniest bit of additional bonuses out of the system and as a DM you had to take a hard course too steer that boat right or just give up.

Since the basics of 5e are more restrictive in some places (like stacking bonuses, spells per day, benefits of multiclassing) and less restrictive in others (like combat rules), the whole balance got shifted. Since it became so hard to get your AC over 20, AC is less of a concern than hit points and being able to avoid attacks or combats entirely. Since the saves became more spread out (even though most remained at CON, DEX and WIS), any dumped ability will start to hurt at some point. If the fighter got Plane Shifted outside the battlefield, he might think that dumping Charisma wasn’t that great of an idea.

I think I’ll write another post about the shifted balance and how the restrictions will changes the way of playing soon, but for now, I’ll conclude this one with a quote, I got from a forum for another game, which is an actual tabletop strategy game:

Nothing in this game is essential, unless you are a power-gaming & unimaginative lemming who follows everyone else, without having any form of creativity or original thought rolling around your brainpain…

9 thoughts on “The best wizard race”